I am sick and tired of movie musicals casting big Hollywood movie actors THAT DON’T SING.

These ladies (and the many, MANY men who have also tried their hardest to sing in big films) are only partially to blame. In my opinion, they really shouldn’t have taken the parts in the first place (there’s only so much a vocal coach in a couple of months can do if you’re tone deaf).

A movie musical really isn’t the time to learn how to sing from a single coach. And even worse, in many movie musicals, actors report working with half a dozen different vocal teachers–each with their own methods and opinions.

The people we should really really blame are the people who offered the roles to them in the first place. Directors/casting directors…whomever.

This isn’t to say you can’t cast big Hollywood actors in movie musicals. Alan Rickman and Amanda Seyfried did pretty spectacularly singing their movie musical roles. I hate to say it, but more often than not, it’s a bad decision.

TLDR: This post is a shout into the soulless void of Hollywood to please stop creating movie musicals if they’re insistent on casting horrible singers and poorly auto-tuning them. Thanks in advance.

(Also, this post is a collaboration with my friend Mia over at her theatre blog: MiaGoddard.com. She wrote a great article about the inverse of this article’s topic: stunt casting Hollywood celebrities in Broadway musicals! )

Here are the three biggest reasons this Hollywood trend is an absolute calamity:

1. Musicals are all about music. (With all the auto-tuning, lack of phrasing ability, and bad lip syncing, the story is completely drowned out)

2. There are HUNDREDS of incredible Broadway actors to choose from. OR THOUSANDS of Broadway-hopefuls who can sing, act, and dance circles around these big Hollywood actors.

3. Movie musicals are already a non-original work. They could use the medium of the big screen to breathe new life into musicals.

Let’s get one thing straight. Musical theatre lovers and theatre-goers alike do not attend movie musicals with the expectation that there won’t be quality singing.

Think about one of the most glorious of all movie musicals: The Sound of Music. Julie Andrews originated the role on Broadway. She’s a fantastically trained singer AND has experience in the role.

She’s the obvious (and most amazing) choice. She can sing, act, and perform the role with less work from the director and no need for a bunch of vocal training to even be able to hit the notes.

Why, then, is that logic not applied to movicals (movie + musicals) nowadays?

I understand that not every Broadway actress wants to/can be a film actress. Casting directors don’t need to simply choose the actor who originated the role.

The actor just needs to be able to act the role as well as PERFORM the music. Musical characters break into song to express those deepest feelings that words cannot. That’s why we love musicals; the music sharing the plot so beautifully.

Let’s talk about the bane of my existence.

Look. Auto Tuning with Melodyne or a similar high-budget auto-tuning tool is sometimes helpful. If you’ve recorded an entire song only to realize later that there’s one note 7 cents above pitch and it’s ruining a chord–there’s no shame in using autotune to fix that (IMO).

What is shameful is casting an actress who can’t sing in a movie musical and trying to use auto-tune to convince everyone that she can.

I’m looking at you, Emma Watson.

I will never forget sitting in the theatre waiting for Beauty and the Beast to start. I was wary of the movical from the beginning because of her lack of singing skills.

And then, it happened. The fifth lyric of the movie. Barely a couple minutes in.

“Little town. It’s a *AUTOTUNED* qui-ieet village.” And it just gets worse. There’s no vibrato on her notes BECAUSE THEY’RE NOT HER NOTES.

There is no room for musicality in Emma’s performance because she is unable to hit the pitches. Her inability to sing makes the casting director’s decision unforgivable.

Because I can list DOZENS of actresses who can sing and act way better than Emma Watson. (More on that in a second.)

In a similar vein to the horrors of auto-tuning, let’s talk about lip-syncing.

I actually appreciate the Les Miserables cast for recording their pieces live. Some people say it’s silly for them to sing live since it’s a movie, but I think it’s pretty cool.

It allows the performance to function more similarly to the way the musical was intended to be performed. Live. Not canned and lip dubbed.

I don’t know about you, but out of sync lips and bad autotuning completely take me out of the movical’s story.

Another thing that distracts me while watching a sub-par performance is ALL of the incredible talent just waiting to be cast in New York and Los Angeles (and worldwide).

There are thousands of men and women who are incredible performers that get passed over because of name recognition.

“Oooooh I saw Harry Potter and Pirates of the Caribbean. Bellatrix Lestrange and Jack Sparrow are going to be in Sweeney Todd? I’ve gotta see that!”

🔼 That’s what Hollywood thinks everyone is saying.

I understand. It’s intriguing to know the actors in a film. It’s great for advertising. Before I saw the Sweeney Todd movie, I was surprised to hear that Johnny Depp can sing.

And then I watched the movie.

Not going to lie, I think he’s about on the same level as Russel Crowe when it comes to an almost-there-but-not-quite vocal performance in a movical. (That should be an Academy Awards category.)

But Johnny is still no Len Cariou. It really did not add anything to the musical to have him perform the lead role.

I wish directors would consider the tens of thousands of musicians, performers, and musical theatre lovers that will flock to their movical. We want quality singers, not A-list actors that sound good on paper and on posters but are, in reality, terrible for the part because they can’t sing!

I guess the moral of the story is: movie-makers don’t take as much pride in their product anymore. All it seems like they care about is getting as many butts in seats as possible.

They don’t appreciate the value of a great recommendation from an avid theatre fan. They don’t respect the composers and book writers who worked tirelessly to create a work of art. (Or if they do have some sort of partnership or respect for them, it’s not evident in the final product.)

By ignoring the droves of talented performers when casting movicals, directors are pushing people (like me) away from going to see them altogether.

When I heard they were making a Dear Evan Hansen movie, my first thought was: please, let them not cast Josh Hutcherson as Evan. Please.

(Thankfully, they must’ve heard the theatre world’s pleading. It also helps that Ben Platt’s father is a part of the production process.)

Think about this movie to musical example:

How amazing is it that the Disney movie: Frozen had an incredible cast of singers and the musical’s original cast is amazing?

Fans of the show get double the talent, and double the soundtracks to enjoy! The musical feels like a new work of art…because it is! They had to give Elsa ice powers in real life. She had to belt that high E 8 shows a week! And those costumes. Seriously. Wow.

I’m completely confident that Hollywood can do the same thing when converting a stage musical to a movie.

I think I’ve made it pretty clear how disappointed I am in Hollywood for casting crappy singers. (Judy Garland is probably rolling in her grave. I mean, go back to classic Hollywood movies and take a look at the incredible dancers and singers they cast.)

Now let’s talk about one of my favorite perks of a talented movie cast: a standout soundtrack. I listen to the Les Miserables movie soundtrack more than I care to admit. (And yes, I’m calling it a soundtrack because it’s a movie. I think ‘cast album’ could be applicable here, but it’s a gray zone.)

As is the case for many lovers of theatre, the movie is what introduced me to the musical. I think that is a beautiful thing.

Was the movie the entire musical? No. Was there some shotty singing? Yes.

BUT, I think the good outweighs the bad in this case. The beauty of the musical shines through the vocal performances of Eddie Redmayne, Aaron Tveit, and Sacha Baron Cohen.

Even Hugh Jackman and Anne Hathaway (big a-list actors!) had their moments.

All-in-all, the soundtrack for the Les Miserables is an enjoyable listening experience. The directors of the movie did something with the musical. The performers were allowed to put their stamp on the pieces. Similar to the Frozen movie to musical example, I believe the directors of Les Miserables put a good amount of thought into transforming the stage show into the movie medium.

A critical part of that was the (mostly) solid singing! Even though Anne Hathaway cried and sounded a little strained and Hugh Jackman has some timing problems, they tried. The actors all have some semblance of a sense of pitch.

This is much more than can be said about the many other movicals. I physically cringe when I hear Emma Watson ‘singing.’ The musicality and meaning of Sondheim’s lines are mostly lost when Helena Bonham Carter sings them (in Les Mis, though, she plays off the comedic talk-singing a bit better, I think).

In my opinion, Beauty and the Beast & Sweeney Todd missed out on an incredible opportunity to create a new and beloved cast album as Les Mis did!

This original cast album is just about the only “unique” thing movie musicals have got going for them.

Sure finding and building the locations and filming takes creativity, but the plot, score, and design have already been established.

If there were talented singers cast in these roles, they could revitalize them. Do something different and amazing.

To sum up, it’s a disservice to the audience, the medium of film, and to the musical itself to cast a subpar actor/actress.

Please Hollywood, cut it out.

Thanks for reading! Let me know if you disagree in the comments. I’m happy to talk about this further 🙂

If you liked this post, go check out Mia’s post about movie stars being cast in musicals on Broadway / West End (a la Daniel Radcliffe in How to Succeed in Business Without Really Trying). 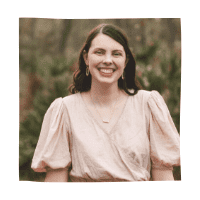