Something that I hate to see and hear is a musician who is losing stage presence and confidence because of their sound setup. What drives me out of my mind, though, is when I see musicians who want to perform, but think they can’t because they don’t have a full sound system.

If you’ve been spending your time honing your skills and you think you have what it takes to start entertaining the masses—or the smaller versions of masses—I have a few tips to get you started!

I’ve been playing music most of my life, and in live settings for about four years, and I made a LOT of mistakes in that time. Some were pretty embarrassing, actually… But thankfully, I worked with other musicians in that time and got to see THEM make mistakes too! Between the things we did right and the things we screwed up, I derived these lessons:

What Kind of Mixer For Your Sound System

First of all, I’m going to start small. If you’re an instrumentalist, vocalist, or both (a solo artist), I’ll start by addressing you. As is the case with most small venues nowadays (i.e. breweries, small bars, etc.), you will need to provide your own sound system. This can be quite difficult at first, but it is the first step in performance independence! I’m assuming you’ve already put in the hours to get the actual skills to play/sing, so we’ll skip to gear—you’ve done the hard part already!

So the speakers are a must, right? We’ll get to those. Whereas the speakers are the bridge between your music and the audience, you’ll need a bridge between your music and your speakers: a mixer. In the past, having an audio interface meant an eight-foot-tall rack replete with amps, compressors, effects processors, y todo. These are still used, and pretty dang effectively—but today, a mixer can be as simple as a two-input, one-output box with volume knobs.  I propose using something in between the two extremes.

Digital mixers are some of the most useful little multi-tools that we have in the music world today. (As you’ll find, I despise single-use tools* with the passion of at least eight thousand suns.) These little wonders can often be used in live sound as easily as in recording, with some even capable of doing both simultaneously. I recommend something that has simple controls for when you’re in the “heat of battle,” and at least two XLR and two 1/4 inch inputs. (You’ll thank me later.) As long as you can control the channels separately, you should be good. The biggest thing I like to look for is very basic effects**. I’d say at least 3-band EQ (high, mid, low control) is necessary for getting the most out of the range of your instruments and/or voice. Also, a bit of reverb goes a long way if the room you’re in doesn’t have great acoustics and you want that extra professional touch.

*Wedge monitors are one example of this. If you can’t get one used and dirt cheap, and one that you can integrate easily into your setup, don’t get one. Hell, I used a small guitar amp as a monitor once because I already owned it. A monitor can be any speaker that you are using to monitor your overall output for small adjustments while playing.

**I will not delve into specifics of EQ and reverb. For that, there are a lot of professionals on the web who can give a better and more detailed explanation of how and why these are used.

The next choice is between powered and passive mixers, and is one that can be settled by our next topic: speakers. Just remember that powered mixers power speakers.

Say the ditty with me. POWERED MIXERS POWER SPEAKERS.

You only need one or two speakers to start*—many would disagree with that, but it’s what I have found to be true. If you’re in a small setting doing a solo set, you can likely hear what you need to from your own performance without the use of a monitor, but you’ll have a second speaker that can act as a monitor instead if you need it to.

Active or Passive? The truth is, IT DEPENDS ON YOUR PREFERENCE AND BUDGET. All the ‘90s guys I’ve ever met swear by passive speakers, and I use them myself as part of my full setup**. Having some full-range passives with a good amplifier or powered mixer will do everything you need them to do while providing a sound that blends easily with a crowd, even at a loud volume in a big venue. Admittedly, though, I have acquired my passive speakers for cheap from guys who physically can’t lift them anymore. That’s something to consider…

Note from Grace: I assure you that Caleb does, in fact, love his Mackie Thump very much.

As standalones, I find these are more convenient without sacrificing sound quality. I have never cranked my active speakers beyond 50%, and still have been asked to “back it off some.” I would say your first set should be actives, with at least 12-inch woofers. The ease of use will make being your own roadie more bearable.

* I have played many small venues with one speaker, only getting a second matching one to broaden the sound I was putting out. It also makes a great monitor!

**I have two massive Peavey full-range speakers from the early 90s and a 3000w Soundtown amp that work great! Permanently, they’re part of my home theater sound system, but for bigger gigs I pull them out. (Those are the ones I mentioned: sold to me cheap because the owner couldn’t physically carry them to gigs anymore!)

YOU SHOULD NOT START BY RENTING EQUIPMENT. I’ll say it again: YOU SHOULD NOT START BY RENTING EQUIPMENT*. This seems like the easy fix for a quick sound setup, but it’s a half-measure that will only leave you without gear for the next gig, and out about $200 out of your paycheck for the night. Ouch… Instead, spend that hard-earned cash on some used gear that’s in good working order.

That being said, you have to INVEST in yourself if you’re going to get anywhere. Be frugal, but understand that you have to start somewhere, and it’s better to get something that’s just a bit more than what you need, so you can repurpose it later.

Dress for the job you want, not the job you have. And don’t try to “dress” three jobs up because you’ll go broke.

You are a solo act, but are open to new members. You are playing with a two-input mixer that runs your guitar and vocals, and two small speakers that fill your venues when pushed to 80% capacity. You are approached by an instrumentalist who would like to start accompanying you, and has a small following of his own. The opportunity for larger venues grows, but your speakers are now too quiet for the venues you’re playing, and your mixer cannot handle more inputs. Your gear now must be upgraded, leaving your previous setup unusable. You will have to buy more gear or stick to the small time.

You spent a little more money than you had to, but stayed within your budget. Playing solo, your mixer has several unused channels, and your speakers rarely run over 30%. Now, when the instrumentalist approaches you and the venues grow, you can implement your setup at a higher level, with the tools to expand even more**.

*I played with a band that rented their sound setup for a $400 gig. They payed $200 for the rental. Do the math, the four of us in the opening band did not get much of the scraps.

**We did this in my first band in Texas. We ended up adding our sound system on do the bassist’s setup and making a pretty decent sound.

Now, on to the next step, or possibly a simultaneous step along with getting the gear:

Identifying the right “room” for you to be playing in is crucial to reaching the right crowd. Generally, this is not too hard to do, because it’s probably the type of place you would go to listen to the type of music you play. (Did that make sense?) Putting out feelers, doing recon, and making contact with owners and managers is very important, and in most cases you want to have something to give them to show that you’ll be good for business.

On gameday, that will usually come in the form of bringing a crowd, but to even get hired you’ll probably need to show them a video or a soundbite. It’s not as easy as some people think, but it isn’t too hard with some know-how.

Remember how I brought up mixers that can be used for recording? We’re about to come full-circle, pass go, and collect $200. The sound that goes from your digital mixer into your speakers via the output jacks can very easily be put into your computer via a USB port included on many standard modern mixers. Utilizing this in combination with a free or inexpensive DAW (digital audio workspace) can make you sound infinitely more professional than using your phone camera/mic combo. It even gives you the opportunity to play your instrument and do your vocals separately, making the process easier and less stressful, but still 100% YOU.

Sending an email with three well-played, amateur-recorded songs that sound decent, and clean above all else, gives you a professional appearance while remaining within your means. You don’t have to hop in a studio for a $1500 session just to start off!

The smaller the speaker, the less value for what you’re paying for it.

Don’t rent unless you have to.

Set a budget for your gear. (If you’re gigging, try to only spend money you’ve earned from playing.)

If a venue has their own sound system, make sure either you know how to use it or somebody there does before plugging in.

KNOW YOUR SOUND SYSTEM. Even if it’s two speakers and a mixer, if you know its ins and outs, you will be able to milk the absolute best sound from it—at the worst, you can mitigate unexpected complications in a live setting.

Always sound check early if possible. If your potential crowd is hearing you struggle through feedback and poor sound quality, they will likely be gone by the opening number.

Reach out to people! Music is about community. You can’t get gigs you don’t ask for (at first).

Be professional, even when you’re an amateur, and people will want to hire you more.

Lastly, my own setup, which has taken a long time to build, a piece at a time: 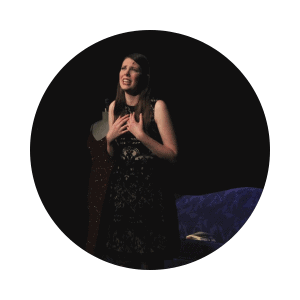